© 2021 All Rights Reserved by Smack of Flavor 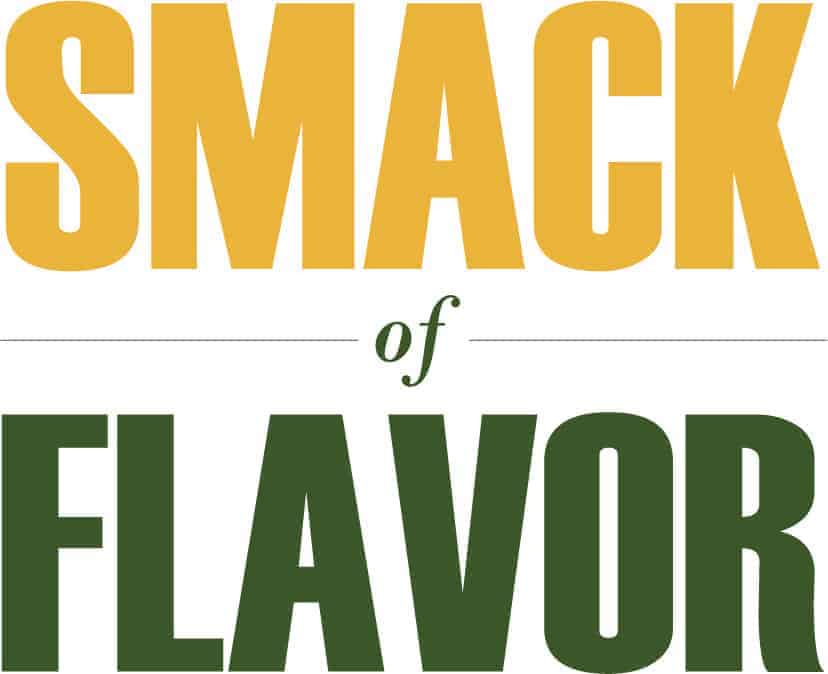 This is an easy oven baked chicken wings recipe. Baked on parchment paper in the oven until they become tender and juicy, the crispy skinned wings are finished with a homemade teriyaki sauce perfect for dinner, an appetizer or football game finger foods.

Why do you bake chicken wings? Oven baked wings are much healthier than frying them. It’s also a lot easier to do at home because you don’t need to heat up a vat of oil. Plus the clean up is easy because you’re not trying to dispose of a gallon of used cooking oil. I promise these wings still get crispy and delicious.

What do you serve with chicken wings? If you’re eating these for dinner (yes I eat these for dinner sometimes) I serve them with a side salad. Mostly because I’m lazy and want an easy dinner. You could also serve them with other vegetables or even fried rice. If you are serving these as an appetizer for a party or football game, serve with other appetizers like Italian Stromboli or Three Cheese Buffalo Chicken Dip.

Why can’t I add the cornstarch directly into the sauce? Because you’ll get a clumpy mess and have to start over. Trust me. Use a small mason jar or something you can easily close and shake.  Add roughly 1 tablespoon cornstarch to 2 tablespoons COLD water and close the container. Cold as in let the water run for a bit from the sink. Shake it up to form a slurry. Once the teriyaki sauce has started to boil/simmer, whisk in the cornstarch slurry and continue to whisk for 1 – 1.5 minutes.

How long do you bake chicken wings in the oven at 400F? Bake wings in a preheated oven at 400F for 45 minutes. Turn each wing over and bake for another 10 minutes until tender and juicy. The wings should be easy to pull apart.

Can you bake the wings with sauce on them? You cannot bake wings for 55 minutes in the oven with this sauce on it. The sauce will definitely burn with the amount of sugar in it. I always allow the wings to get crispy in the oven and then toss them in teriyaki sauce while still hot.

Does it matter how you arrange the wings on your tray? Yes, make sure that you’re laying the wings down in a single layer on the sheet tray. Make sure there is a little room between wings. If you don’t have enough room you risk steaming the wings. I’ve found two pounds of wings fits very well on one standard sheet tray.

How can you tell when the chicken wings are done cooking? You will know the chicken is done cooking because the bone will pull away from the meat very easily. This is what I love about these wings is that they are very easy to eat. The meat comes freely from the bone, no gnawing required.

Can you use store bought teriyaki sauce? If you’re in a pinch and have some already in the house, yes you can. I’d still add it after the wings have fully cooked. However, the homemade teriyaki sauce will be a lot more flavorful and you’ll have control over what’s in it!

What to do with leftover teriyaki sauce? There are a lot of things to do with this teriyaki sauce. You can easily put it over salmon, on chicken breast and udon noodles or even on flank steak. It’s a flavorful sauce that you can add to almost any protein including seafood and tofu.

The recipe calls for maple syrup, can you use honey? Yes, I’ve made teriyaki sauce with honey plenty of times. I just have more maple syrup in the house (I am in New England after all) and it is WAY EASIER TO MEASURE/POUR.

Do you have to use parchment paper? You can use aluminum foil but the wings may stick to it and rip, leaving you to pick tiny slivers of metal off your food. Not my idea of fun, but will work in a pinch. I’d recommend spraying it down with some cooking spray to help the wings come off easier if you have to use tin foil.

Oven Baked Sunny Side Up Egg in a Hole Sandwiches